Heading toward an Energy Industry Connected To the New Era

by Energía 16
in News, Reports, Topics in Energia16 print version
0

Spain has scarce conventional energy resources, with the exception of coal. But, it has learned to use technological development and harness alternative sources.

I t has not been an easy task for Spain to gain access to the complex world of the energy industry. When the global market was expanding on the shoulders of fossil fuels, its nearly non-existing hydrocarbon reserves forced it to expand its oil and gas industry and look for resources in all four cardinal points.

Its success not only enabled it to access primary energy sources to consolidate its economic growth, but also to develop a hydrocarbon industry capable of placing among the great global powers.

Now that the global consensus poses the need to transition to more environmentally friendly sources, Spain finds itself facing a new challenge. On this occasion, however, it has two advantages that had been elusive in the recent past.

In the first place, the country has significant clean energy resources, with wind and solar at the lead, which provides an important comparative advantage. Secondly, its experience in the technological field provides a competitive advantage.

This is reason enough to have an optimistic outlook. Spain has entered the new millennium’s energy industry without hesitation or arrogance. 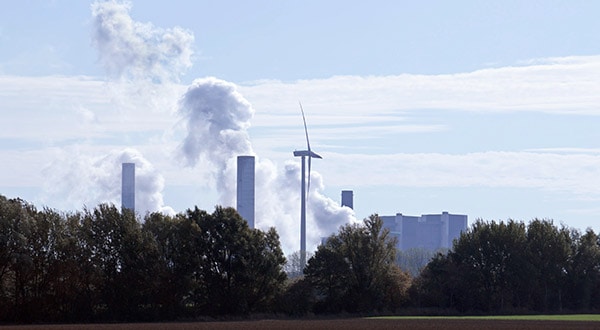 Spain is the sixth-largest energy consumer in Europe behind Germany, France, the United Kingdom, Italy, and Turkey. Historically, it has had to face two major factors in its economic development. On one hand, its high reliance on fossil fuels and, on the other, its nearly non-existent hydrocarbon reserves.

The scenario has become more complex due to the growing global demand to reduce CO2 emissions and the subsequent search for alternative sources. Overall, Spain has succeeded in adapting to the realities of each era, in political and economic aspects.

Spain has a modest amount of oil reserves and domestically produces small amounts of crude and condensates. In light of this, it imports practically all the oil it uses to satisfy the demand, which currently stands at 1.3 million barrels per day.

When it comes to natural gas, the reality is not very different. Spain, the seventh-largest consumer in Europe, burned around 31.5 billion cubic feet of gas in 2018.

Natural gas accounts for approximately 19% of the nation’s total energy consumption, according to the BP Statistical Review of World Energy 2019.

As is the case with oil, Spain barely produces gas and has insignificant reserves, which force the country to import practically all the volume it consumes in order to satisfy the demand.

Indeed, Spain’s coal production sharply declined since 1980 due to the more competitive prices of imported coal.

The future lies with renewables

In Spain, renewables account for a small percentage of the energy mix compared with other nations.

Overall, by late 2018 nearly 16% of all the energy consumed in the country and nearly 40% of the electricity generated came from renewables.

Renewable energies are unevenly distributed in Spain. As to the electricity sector, the country seeks to become a benchmark in renewable integration, which is why more than 37% of the electricity is renewable.

In Spain, renewable energy grew by 8.2% in 2018, accounting for 13.9% of total primary energy. Thus, renewable power stands at number three in terms of primary energy consumption, behind oil products (44.9%) and natural gas (21.1%). Meanwhile, renewables are followed by nuclear power with 11.3% and coal with 8.6%.

As to final energy, renewables accounted for 15.1% of total consumption in Spain.

A relevant factor that should be considered with regards to the development of the energy sector in Spain is the rise of nuclear generation.

In the past decade, nuclear power has provided a constant, non-intermittent, and emissions-free supply accounting for a fifth of the electricity that we consume. 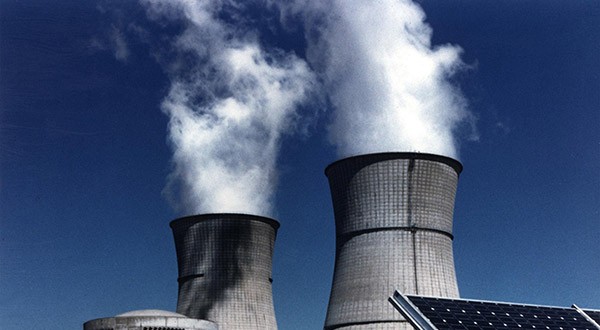 There are clear successes in Spain’s transition toward sustainable energy production, which has contributed to drawing the nation closer to having a 50% share of the energy mix. But the circumstances are nuanced and it is difficult to assess the prospects for the future.

Last year, Spain announced the implementation of measures to guarantee it will be powered by 100% renewable energies by 2050, with the purpose of reducing GHG emissions and complying with the new report released by the Intergovernmental Panel on Climate Change (IPCC).

The goal is to surpass the current EU target of achieving a 32% share of renewable energy by 2030, aiming to reach 35% with at least 70% of renewable capacity.

Sustainable mobility is the key

Sustainable mobility is a key aspect of Spain’s progress in terms of the energy challenges of the new millennium.

In Spain, the transport sector is the highest contributor to final energy consumption (40%), which entails a significant contribution to global warming. In light of this, the auto industry and authorities are making joint efforts to achieve a transition that enables the growth of the transport sector, while at the same time reducing GHG emissions.

Thanks to this, Spain is one of the best-ranked countries in terms of sustainable mobility.

Self-consumption: a compromise for all

Spain is the country with the highest levels of solar radiation in Europe, which means it enjoys 2,500 to 3,000 hours of full sunshine a year.

With the change in energy policies – such as the approval of the Royal Decree and the budget allocations – self-consumption is being quickly adopted.

Part of the road is already behind us. The country has overcome most of the consequences of the European debt crisis and has reactivated its economic development. It also has solid laws and regulations on foreign investment with high political transparency. Indeed, there is a long path ahead. The results have been at times encouraging and others disappointing.

Whatever is achieved from now on – more than what has already been done – will depend on Spain’s position on the global energy ranking.

U.S. announces possible sanctions against Repsol, Chevron, and Rosneft over operations in Venezuela

U.S. announces possible sanctions against Repsol, Chevron, and Rosneft over operations in Venezuela

The coronavirus response will determine the pace of the energy transition

It is too soon to say whether the crisis wil be a stepback or a catalizer for the energy transition.

Petróleos de Venezuela is unrecoverable and will have to start from scratch, experts say

It could be incorporated into a chip to create a battery that provides unlimited low-voltage clean energy.

Authorities announced these projects meant to move toward a carbon neutral economy.

The MIT to build Sparc fusion reactor in 2021

According to Musk, the company's new goal is to offer a $25,000 electric vehicle.