by Energía 16
in News, Renewables, Sectors
0

Sunday marked the celebration of the International Sun Day and this Monday marks the beginning of the European Sustainable Energy Week. Both events serve to raise awareness on the need to change energy consumption habits and contributing to maintaining the conditions that make this planet an ideal place for life to prosper.

We consume energy in dozens of ways. However, practically all the energy we use originates from the power of atoms. Nuclear fusion reactions energize the stars, including the Sun, and the resulting light has deep effects on the Earth.

How to use that energy 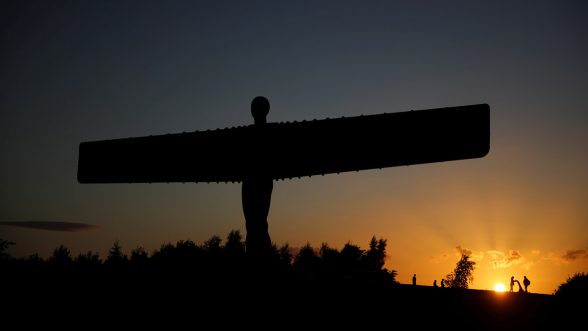 The Sun’s energy warms the planet’s surface and feeds huge heat and pressure transfers into weather patterns and ocean currents. The resulting air currents drive the wind turbines. Solar energy also evaporates water that then falls as rain and accumulates in dams, where its movement generates hydroelectric power.

However, for most of history mankind has used solar energy in its second-hand form: fossil fuels. When sunlight strikes a plant, some of the energy is trapped through photosynthesis and is stored in chemical bonds as the plant grows. Of course, we can recover that energy directly months or years later by burning plant products like wood, which breaks the bonds and releases energy such as heat and light.

More often, we use stored energy in the much more concentrated forms that result when organic matter, after millions of years of underground geological and chemical activity, is converted to coal, oil, or natural gas. Either way, we are reclaiming the power of sunlight.

But in doing so, we are throwing tons of gases into the atmosphere, especially CO2, which traps heat from the sun and raises the planet’s average temperature. The effects are devastating, there is no doubt. It is time to change, as time is running. World Sun Day reminds humanity that the solution is falling from the sky.

It is absurd that with all that solar energy at our disposal, humanity is not using it. Even more in countries or regions especially blessed with significant amounts of sunlight, such as Spain.

In relation to its size, it is the European country with the most solar irradiation and photovoltaic potential. However, this potential does not translate into sustained growth in the sector, according to María Prado, head of the Renewable Energy Transition Campaign at Greenpeace Spain.

Nonetheless, the first step has been taken. The Sun Tax was repealed in Spain back in October 2018. And the country has a nearly completed a regulation for mass self-consumption. The only missing element is “better-informed people with the capacity to make a decision on which energy and how we would like to consume it.”

The EU Sustainable Energy Week (EUSEW) will be held up to June 26, with the motto “Beyond the crisis: Clean energy for ecologic recovery and growth.”

One of the core themes in this celebration is the formation of energy communities. A very direct way of reconciling environmental and social goals. Marine Cornelis, director and founder of Next Energy Consumer and digital ambassador for EUSEW 2020, highlights that there are around 2,400 renewable energy cooperatives in Europe, with more than 650,000 members. Joining an energy community is a right offered by EU law, even for the most vulnerable domestic consumers.

Members are more than passive energy consumers: they actively participate in the decision-making process and take ownership of energy production and related strategic choices. They create more sustainable and resilient energy markets. The idea is to move from the Day of the Sun to integrate a Community of the Sun.

📣#EUSEW2020 is about to start with the 1⃣-ever European Youth Energy Day! Want to know what was discussed? Join the Debate with Ambassadors tomorrow and hear youth representative @adelaidecharli2 present the 🔑 findings👉🏻 https://t.co/KkbOKkgefk #EUGreenDeal #NextGenerationEU pic.twitter.com/GKNsy7SINl

By 2030, energy communities could account for 17% of the total installed wind power capacity and 21% of the solar capacity. By 2050, nearly half of EU households could be producing renewable energy. The shareholders are providing environmental, economic, and social value to local communities while looking to make financial gains.

In practice, citizens and local energy communities comprise homes, local authorities, SMEs, and in some cases, larges companies as well. They cooperate in the generation, consumption, distribution, storage, supply, and aggregation of renewably sourced energy or offer management services on the side of demand.

For now, Germany and Denmark have the highest amount of citizen-led energy organizations. These two countries have a strong tradition of community-owned property and social enterprises.

Sunlight contains a surprisingly high amount of energy. Photovoltaic and solar thermal technologies are producing part of that energy and both their use and efficiency are set to grow in the future. The Sun shines for all and photovoltaic technology is the cheapest method to obtain energy.

Generating and consuming our own energy (self-consumption) is easy, cheap, safe, sustainable, and constitutes a powerful tool in the fight against energy poverty. International Sun Day and the EU Sustainable Energy Week are an important reminder of this potential.

The OPEC on edge, oil demand drop will be long and unpredictable

The OPEC has no option but to adapt. The sharp drop in crude demand sparked by the pandemic and the...

Felix Gomez Cuenca: “Hydrogen is a lever for renewable penetration”

In times of crisis and uncertainty, it is crucial to transform business models. Exolum, a new company owned by CLH...

FSO Safer tanker could cause humanitarian and environmental disaster in Yemen

There is a floating time bomb just five miles off Yemen’s shore. Oil storage tanker FSO Safer has been stranded...

The past and future of energy collide in Germany. For years, it has been the main European advocate for the...

Environmentalists win the battle against the U.S. Atlantic Coast Pipeline

The U.S. fossil fuel industry just received another big blow. The Atlantic Coast Pipeline will not be completed. The owners...

In Catalonia, the agrarian sector is not supporting renewables

It will get ugly before it gets pretty. This is a very common phrase used by bricklayers who must go...

Spain shutting down half its coal power stations

On Tuesday, Spain took another step toward the definitive end of the coal era. Seven of the fifteen coal power...